Profile of Professor Alan Watson from the University of Leeds, winner of the 2011 Faraday Medal awarded by the Institute of Physics for his outstanding leadership within the Pierre Auger Observatory, and the insights he has provided to the origin and nature of ultra high energy cosmic rays. When Alan’s original cosmic ray detector on the Yorkshire Moors proved to be too small, he built a better one covering 3000 square kilometres in Argentina.

Cosmic rays were discovered in 1912 by a man called Victor Hess who took a ballon high up into the atmosphere.

Then in 1938 a man called Pierre Auger, a French Physicist, discovered that by putting Geiger counters a few metres apart and eventually 300 metres apart, that there were huge showers of particles coming down in the atmosphere.

Cosmic rays are the nuclei of the common elements like hydrogen, helium, iron that have beenaccelerated to high energies somewhere in the universe.

They’re continuously bombarding our atmosphere and some of them reach us at sea level. A million go through your body every night.

One of the fascinations about this is how Nature organises itself to produce particles of that energy.

One of the really, really interesting questions that we’re trying to answer is how and where are these particles created.

I’m standing on Little Alms Cliff looking at the site of Haverah Park. The rock is actually inside the area. And you can see over there, where the mast is, what was the centre of our laboratory.

Well the detectors that were used to observe the cosmic rays, to observe the showers, were large tanks of water. The water was looked at by a device called a photomultiplier and we picked up Cerenkov light which is produced when particles move through a medium with a speed that is greater than the speed of light in that medium.

When we finished we believed that there was one particle above 1020 electron volts landing in a square kilometre every century. We now think the number is a few per square kilometre per millennium. 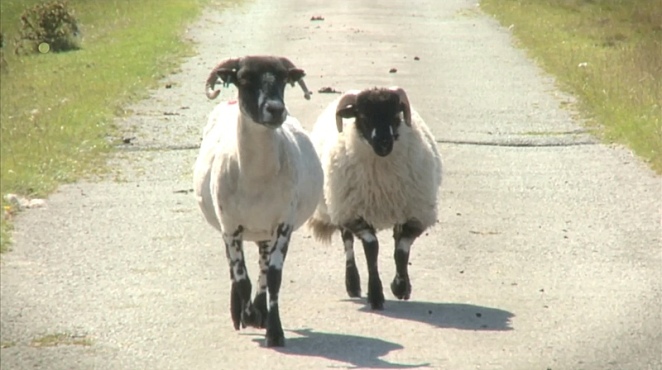 Department of Physics University of Leeds

In 1990 I wrote a paper saying that we really needed to build a detector of 1000 square kilometres if we were going to make some progress.

This idea was picked up by my friend Jim Cronin and when I met him the following year at a conference the first words he said to me was ‘You’re not ambitious enough. We’re going to build 5000 square kilometres!’

And eventually we did that, at least 3000 [square kilometres], in Argentina. 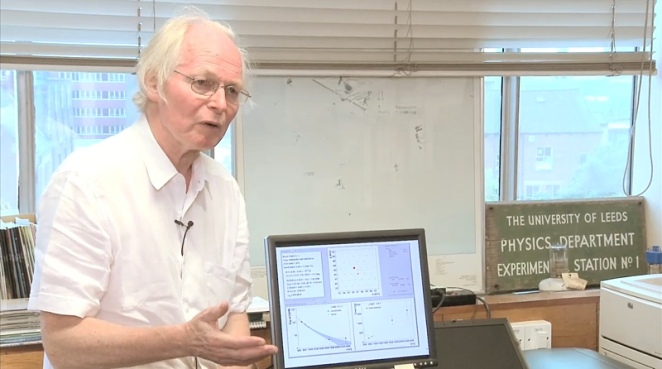 The Auger collaboration has around 400 members. There’s 18 countries involved and typically about 400 people sign our scientific papers.

The key features are large tanks of water which are on a grid with a spacing of 1.5 kilometres. They’re very like the detectors at Haverah Park. There are four fluorescence detectors which overlook the water-Cerenkov detectors. When its dark and there’s no moon we get coincidences between the two and this allows us to make some very very accurate measurements.

One thing that many people have been searching for since 1966 was a decrease in the number of particles at the highest of energies. That had been predicted shortly after the discovery of the microwave background radiation.

Microwave radiation provides a sort of shield round the Earth. A shield that is a 100 mega-parsecs thick. And it prevents particles of very high energies reaching us from larger distances.

We’ve found a correlation at about the 40% level with active galactic nuclei which are very, very powerful galaxies with massive black holes at their centre.

And at the moment it looks as if Centaurus A which is a powerful radio galaxy only 4 mega-parsecs away from us, it may be the source of a lot of our high-energy particles.

Putting all those together has been really great.

Filmed on location at

Produced for the Institute of Physics

Visuals of the Pierre Auger Observatory

One thought on “Cosmic ray detective”