From humble beginnings as mechanical apprentices, Sir David and John met in the library at Rolls-Royce. Together they founded Renishaw, now one of the world’s foremost manufacturers of precision measurement equipment.

Sir David McMurtry and John Deer are joint winners of the Swan Medal awarded by the Institute of Physics celebrating physics in business. 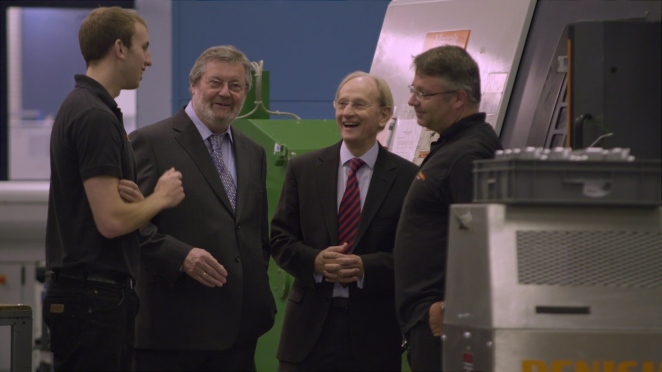 Sir David: I was determined I was going to go into a career in the aircraft industry.

John: I did an engineering apprenticeship.

Sir David: I applied for a job in what is now Rolls-Royce. I was deputy chief designer and that was the time we started Renishaw.

John: David’s strength is that he’s a great innovator as well as a designer.

Sir David: The areas of science which we are active in is metrology which is the science of measurement

John: We were going to be selling to big companies who had absolutely failed to solve the problem of manufacturing a sensor capable of being used on their machines. We had no problem whatsoever in introducing the product to these major companies in America, Japan, Italy and the UK.

John: This reward really is for the company and that’s what makes me really proud.

Sir David: It puts the company in the spotlight.