On the website of The Grierson Trust, there is a great section about John Grierson, the “father of documentary.”

In one of the articles you can see Grierson’s notes on using a camera. He gave these to Edgar Ansty in 1932, just before he set off for a year shooting aboard HMS Challenger, a Royal Navy survey ship charting the Labrador Coast in north-east Canada.

Even after 80 or so years, the basic points Grierson makes still apply to shooting documentaries today. 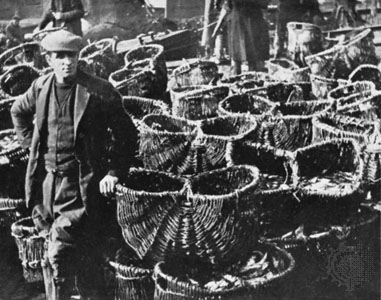 Anstey had been given less than 24 hours training behind a movie camera. Grierson drove to Portsmouth by car to see Anstey off. Anstey recalls him manhandling two crates of film stock on board the Challenger, and then handing him a hastily written set of instructions on how to use the camera: “Take this with you,” he said, “this is how we shot Drifters.”

My favourite of the list: “Pans on scenery are bunk”. Still very true.

A close second is: “It has to be a damned important moving object to be worth a pan.”

With digital cameras, it’s easy to shoot in a very unplanned way, but you really shouldn’t. The costs in time and money will rapidly stack up in the edit. Much better to plan out what you will film way before pressing the red button. “Get people accustomed to the notion that you have to get everything as you want it before you can shoot film,” notes Grierson.

Other timeless advice is to shoot with the sun over your shoulder so it can give good exposure on your subject’s face, and remembering to focus.

Unfortunately, the film from Edgar Anstey’s voyage to Labrador, Uncharted Waters (1933) for the Empire Marketing Board, is currently ‘missing believed lost’. 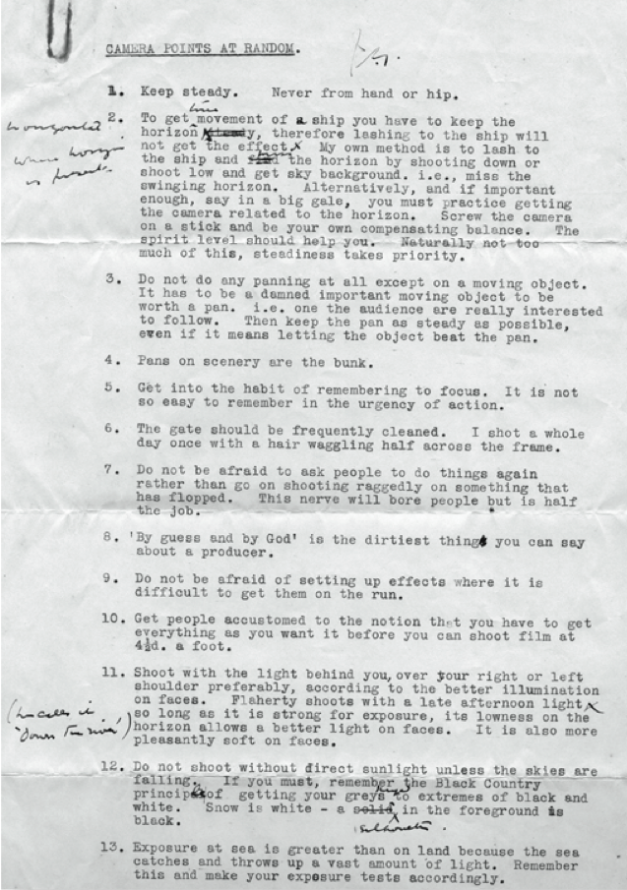 *The reference to ‘the Black Country’ is most likely connected with the filming for Industrial Britain by Robert Flaherty in the regions around Birmingham.